Posted on December 7, 2017 by Dani☆Touch My Spine Book Reviews☆ 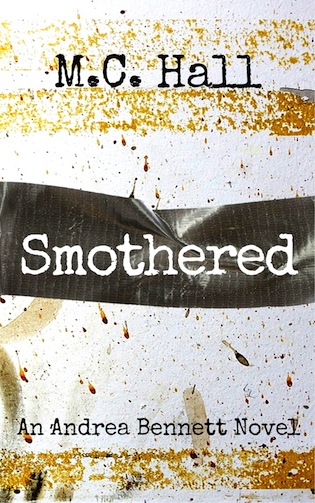 Fifteen years ago, Kitty Holbrooke was set to be the greatest child star since Shirley Temple. Days after completing her debut film, the young girl was kidnapped from her home in the middle of the night. The next day, a rambling ransom note appeared in the family’s mailbox, but as the family scrambled to gather the money, police discovered Kitty’s body. Due to the media circus surrounding the case, changing testimony from key witnesses, and police missteps, lead detective Andrea Bennett was never able to bring Kitty’s killer to justice, and the case that rocked a nation went cold.

Today, an online tabloid has uncovered Kitty Holbrooke’s shocking case files including never-before-seen police interviews, confidential emails, secret text messages, and sealed grand jury transcripts. The Internet explodes as fans devour and comment on each piece of new evidence, desperately hoping that they, too, can help solve the mystery.

Loosely inspired by the Jon Benet Ramsey case, this unique, thrilling mystery is told through police transcripts and documents, and will keep readers guessing until the very end.

Hollywood Inquirer, your daily online source for celebrity gossip and entertainment has recently come into possession of crucial evidence in the unsolved murder of child star Kitty Holbrooke!

For those of you who have been living under a rock for the past fifteen years, or for those too young to remember the tragedy, Kitty was set to be the next big thing in Hollywood before her tragic death at the tender age of nine. Years later, and the debate over the identity of her killer still rages on!

Kitty was discovered by an agent while picnicking with her mother and sister at a local park. She was immediately hired to star in a national campaign for Sunny Orange Juice and became an overnight sensation. A year later, days after Kitty completed filming for her debut appearance in the remake of Shirley Temple’s Curly Top opposite A-listers Ashley Maddox and Tyrese Jones, the brilliant star disappeared from her home.

Kitty lived in the small community of Elmhurst, California, just north of Los Angeles County, on a quiet cul-de-sac where no break-ins or thefts had ever been reported. There had not been a murder in the town for several years, and police were used to the cozy small-town atmosphere, where neighbors knew each other’s names and friendships were formed over block parties and barbecues. No one could have expected such a horrific crime to happen in such an idyllic setting.

On the night in question, Mr. and Mrs. Holbrooke claimed they put their daughters Kitty and Allison to bed around 8pm. Kitty’s disappearance was supposedly discovered the next morning when Mrs. Holbrooke woke to take her daughter to an audition.

Police were called in, but first believed the young girl had run away. Tragically, this was not the case. The next day, the family received a bizarre, rambling ransom note asking for over $200,000 in non-sequential unmarked bills. An Amber Alert was issued, and police set off on a nationwide manhunt for anyone transporting a girl matching the child star’s description.

Strangely enough, law enforcement failed to properly search the entirety of the Holbrooke estate for nearly two days. When the search finally took place, Kitty’s body was discovered in a shed on the edge of the Holbrooke property.

The darling girl had been smothered by a small, white pillow, duct-taped over her face. There were cuts and bruises scattered across her broken body, and investigators put her time of death somewhere around 3 o’clock in the morning on the day she was discovered missing.

Through a series of missteps on the part of both the police and the district attorney’s office, the case went cold and the murderer was never brought to justice.

Today, that may all change. We’ve finally broken through the wall of silence surrounding Kitty’s murder!

An inside source has given Hollywood Inquirer a complete copy of audio files recorded during the days and weeks after Kitty’s disappearance and death. We have authenticated these tapes as the original police interviews with family members, witnesses, and other suspects. The source has also provided us with copies of emails, phone calls, and brand-new evidence never before seen by the public or any other media agency.

On our website, and only our website, you can have an exclusive insider look at one of our nation’s most talked about unsolved mysteries. Hopefully, we will find answers and justice will prevail! It’s time Kitty’s spirit finally finds peace.

Tomorrow, we kick off our explosive thirteen-part Kitty Holbrooke series. We have transcribed and pieced together the police recordings to give readers a clear picture of the suspects and their stories. Because of the scope and length of these interviews, we’ll be releasing a few each day… allowing plenty of time for you to comment, discuss, and come up with your own theories!

As most of you know, charges were never formally filed against any one suspect, and the case never went through for an actual trial. However, in proceedings closed to the press and public, the grand jury met and heard evidence from the prosecuting attorney, including testimony from forensic experts, eye-witnesses, and law enforcement.

The grand jury proceedings were sealed, but the judge in the case is now processing our request that they be unsealed and released for their substantive value in the public interest. After covering the police investigation, we will focus on these transcripts, as well as emails and phone calls between the district attorney and the police, showing just where their case went wrong.

Finally, we’ll present exclusive statements from the major players in the case, fifteen years later, as they reflect upon Kitty’s death, answer all our burning questions, and perhaps reveal the truth about their involvement.

We promise this will be the story of the summer! Stay connected with us on social media for updates as we try to solve America’s most heartbreaking mystery. This was the case that shocked the nation, so comment below. Let us know whose testimony you want to hear most!

Comments
Lonelyguy518: Holy crap! Happy 4th of July, everybody! Can’t believe they dug this stuff up. Was obsessed with this case back in the day. Hope they catch the bastard.

NOYB1: The bastard? More like the bitch. Everyone knows the mom did it.

Rush2Judgement: NOYB1, I totally agree. Mom was a nightmare. Complete stage mother fixated on her daughter’s career when she couldn’t make it as a star herself. Bet the girl wanted to quit the biz after the movie, and mom snapped.

afight4justice: No way. Dad did it. That ransom note was obvi. written by him

98DegreesofCooper: this is cray. Never heard bout this b4. Cant wait 2 read bout this little girl got 2 c her movie asap

Outtamyface21: Yeah. I still can’t believe they released that movie. I realize she finished filming it, but they should have held off on it out of respect for the family.

Daddysgrlll: Out of respect for the family? You mean the people who murdered her? Right. *Rolls eyes. 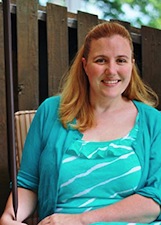 Megan Cassidy Hall writes books for adults under the name MC Hall, and writes books for children and young adults under the name Megan E. Cassidy. In addition to writing, Megan works as an English professor teaching a variety of courses including Creative Writing and Children and Young Adult Literature. Megan’s novels include Always, Jessie, The Misadventures of Marvin Miller, and Smothered. Her poetry and short stories have been featured in numerous publications including Bete Noire, Pilcrow & Dagger, and Centum Press’s 100 Voices. All of her short work can be found on her website: http://www.megancassidyauthor.com

6 Comments on “Smothered by M.C. Hall Book Blitz and Giveaway”