*Review: The Heist by Janet Evanovich and Lee Goldberg~ 3.5 stars*

Posted on September 29, 2017 by Dani☆Touch My Spine Book Reviews☆ 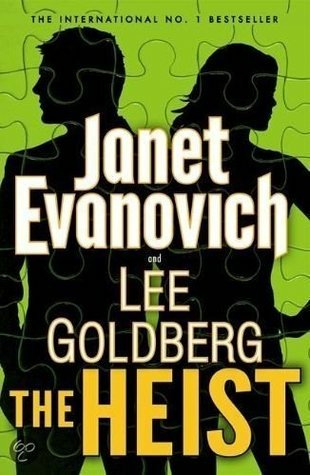 Hey guys so I decided to read The Heist because I am a huge fan of the Stephanie Plum Series, The Knight and Moon Series and Full Series by Janet Evanovich. She has hilarious work and have loved everything so far. This title was funny and I can see why some people enjoyed it quite a bit.

Synopsis: Kate O’Hare is a stubborn, obsessed, and workaholic FBI agent.Her obsession is catching notorious con artist Nicholas Fox. After pouring long hours into her work and every trick in the book she catches Fox and puts him on his ass. She feels confident and stellar until she realizes that the FBI strikes up a deal with Fox, that he now works for them catching criminals. They want Fox because they can do things that are technically not allowed and sometimes illegal. I mean why else hire a criminal? Who would know better how to catch a criminal than a criminal himself? Aggravated and annoyed Kate doesn’t want to have to work with Fox. Besides the fact Fox is a criminal, they seem to have an attraction to each other and annoy the shit out of each other completely. Kate reluctantly agrees and starts working with Nick. Are they able to track down and convict a big time investment banker? Can they gather a team and not get arrested? Read The Heist by Janet Evanovich and Lee Goldberg to go on this adventure and find out.

So dudes and dudettes… The reason I have this 3 1\2 stars was because this book reminded me too much of the show White Collar.It’s a USA show and I binged watched it last year on Netflix. The book was funny but I couldn’t stop thinking of the similarities and comparing the two which drove me bonkers and distracted me too much. This book had some decent humor and was a good story. Just my personal preference, I probably won’t be finishing this series but if you enjoy Evanovich and looking for something a tad different than Plum, this may be the choice for you. Hope everyone has a fantastic night! Love y’all in the mouth! 🌈💖📚📖📰📓

9 Comments on “*Review: The Heist by Janet Evanovich and Lee Goldberg~ 3.5 stars*”