Many Thanks to the author and Rachel’s Random Resources for giving me the opportunity to be part of this blog tour! All views and opinions expressed are my own! 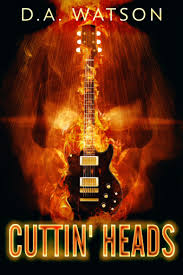 Aldo Evans is a desperate man. Fired from his job and deeply in debt, he struggles to balance a broken family life with his passion for music.

Luce Figura is a troubled woman. A rhythmic perfectionist, she is haunted by childhood trauma and scorned by her religiously devout mother.

Ross McArthur is a wiseass. Orphaned as an infant and raised by the state, his interests include game shows, home-grown weed, occasional violence and the bass guitar.

When the sharp-suited, smooth talking producer Gappa Bale offers them a once in a lifetime chance to make their dreams come true, they are caught up in a maelstrom of fame, obsession, music and murder.

Soon, Aldo, Luce and Ross must ask themselves: is it really better to burn out than to fade away?

What a badass book that delivered from the very beginning until the end! This story had the perfect blend of elements to make me swoon with great characterization, a well thought out plot, and freakin’ sex drugs and rock n roll, baby! I haven’t been reading much horror of late but I am so glad I decided to read this one because it was just the right amount of gore and thrills that I was seeking! I would definitely recommend this novel to anyone who loves the music industry and a great thriller! I can’t wait to see what the author comes out with next! 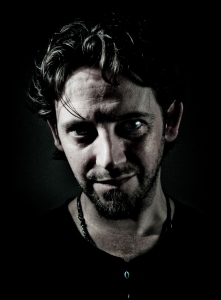 Prizewinning author D.A. Watson spent several years working in bars, restaurants and call centres before going back to university with the half-arsed plan of becoming a music teacher. Halfway through his degree at the University of Glasgow, he discovered he was actually better at writing, and unleashed his debut novel, In the Devil’s Name, on an unsuspecting public in the summer of 2012. Plans of a career in education left firmly in the dust, he later gained his masters degree in Creative Writing from the University of Stirling.

He has since published two more novels, The Wolves of Langabhat and Cuttin’ Heads, a handful of non-fiction pieces, several short stories including Durty Diana, which was nominated for a Pushcart Prize in 2016, and the Burns parody Tam O’ Shatner, which in 2017 came runner up in the Dunedin Robert Burns Poetry Competition, and was a competition winner at the Falkirk Storytelling Festival.

He lives with his family in Western Scotland.

“The Christoper Brookmyre of horror. Readers will be very very afraid.”
– Louise Welsh, bestselling author of the Plague Times trilogy

*Terms and Conditions –Please enter using the Rafflecopter box below. The winner will be selected at random via Rafflecopter from all valid entries and will be notified by Twitter and/or email. If no response is received within 7 days then I reserve the right to select an alternative winner. Open to all entrants aged 18 or over. Any personal data given as part of the competition entry is used for this purpose only and will not be shared with third parties, with the exception of the winners’ information. This will passed to the giveaway organiser and used only for fulfilment of the prize, after which time I will delete the data. I am not responsible for despatch or delivery of the prize.