The Space Between Time by Charlie Laidlaw-R&R Book Tours

Welcome to the month-long mega tour for Charlie Laidlaw’s newest book, The Space Between Time, due for release on June 20th! There will be fantastic bloggers participating, who will be posting interviews, excerpts, reviews, and other exclusive content! Additionally, there are loads of goodies being given away, so be sure to enter at the bottom! 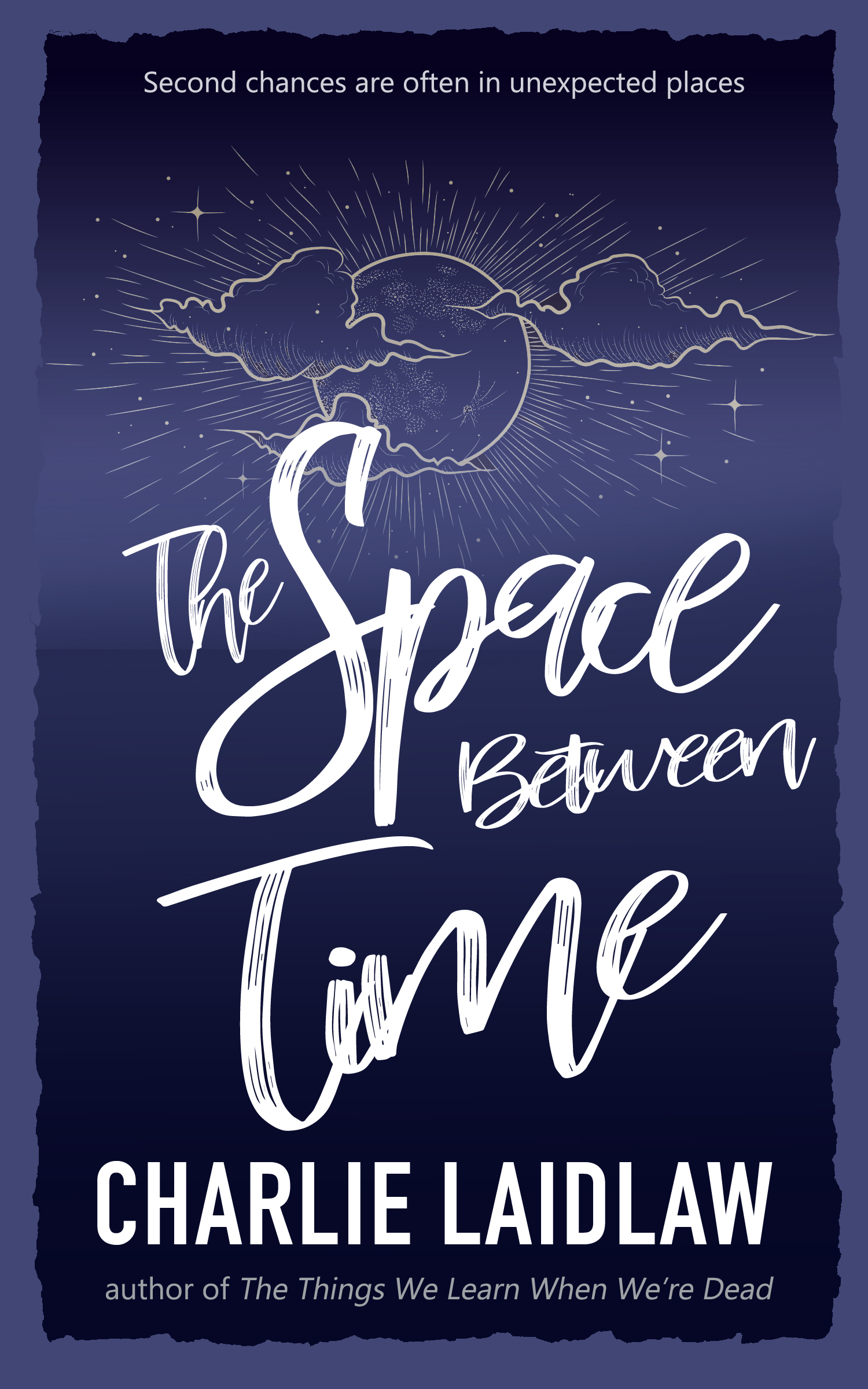 The Space Between Time Expected Publication Date: June 20th, 2019 Genre: Contemporary Fiction/ Dark Comedy There are more stars in the universe than there are grains of sand on Earth… Emma Maria Rossini appears to be the luckiest girl in the world. She’s the daughter of a beautiful and loving mother, and her father is one of the most famous film actors of his generation. She’s also the granddaughter of a rather eccentric and obscure Italian astrophysicist. But as her seemingly charmed life begins to unravel, and Emma experiences love and tragedy, she ultimately finds solace in her once-derided grandfather’s Theorem on the universe. The Space Between Time is humorous and poignant and offers the metaphor that we are all connected, even to those we have loved and not quite lost. Add to Goodreads

Mum is waiting for me outside the school gates and is surrounded by several other
mothers who, like hyenas, all seem to want to devour her. How do they know who she is, I
wonder? They’re all talking to her at once and Mum is gamely trying to smile and engage in
several simultaneous conversations. Mum, as always, looks like a million dollars. The other
mothers, dressed sensibly in beige, look like loose change collected from underneath the sofa.
Mum sees me and waves, extricates herself from her tormentors, and ushers me quickly
towards her car which is partly parked on the pavement and mostly on a pedestrian crossing.
‘From now on, Emma,’ she immediately says, once we’re safely inside and buckling up
seatbelts, and before she’s even asked me how my first day has been, ‘I will either meet you
further down the road or leave you to walk home. I do not want to go through that again.’ She
looks in the rear-view mirror, just in case the hyenas are snarling and whooping and giving
chase.
It turns out that she’s already been asked to join the Parent-Teacher Association and, being
a parent, has felt obliged to accept. But, in the mêlée outside the school, she’s also been asked
to be honorary chairperson of something else, and didn’t really hear what she was being
asked to be chairperson of, or if she’s said ‘yes’. It happens to her sometimes. Her mind just
goes blank, thoughts and words wafting around her head and then drifting from her ears.
Mum’s worried that she might inadvertently now be in charge of the North Berwick &
District Paedophile Society, or something worse. It turned out that she hadn’t said ‘yes’, but
hadn’t said ‘no’ either, so the Pottery Club assumed that she meant ‘yes’, which amounts to
the same thing. She did attend a couple of their throw-downs, an expression that neither of us
had heard of before, coming home with a well-turned if rather wonky bowl, with only a
couple of small cracks, and decorated with painted flowers nicely arranged in a vase: Mum’s
presidential way of neatly killing two birds with one stone.
From then on, I generally walked home after school.

I was born in Paisley, central Scotland, which wasn’t my fault.  That week, Eddie Calvert with Norrie Paramor and his Orchestra were Top of the Pops, with Oh, Mein Papa, as sung by a young German woman remembering her once-famous clown father.  That gives a clue to my age, not my musical taste.

I was brought up in the west of Scotland and graduated from the University of Edinburgh.  I still have the scroll, but it’s in Latin, so it could say anything.

I then worked briefly as a street actor, baby photographer, puppeteer and restaurant dogsbody before becoming a journalist.  I started in Glasgow and ended up in London, covering news, features and politics.  I interviewed motorbike ace Barry Sheene, Noel Edmonds threatened me with legal action and, because of a bureaucratic muddle, I was ordered out of Greece.

I then took a year to travel round the world, visiting 19 countries.  Highlights included being threatened by a man with a gun in Dubai, being given an armed bodyguard by the PLO in Beirut (not the same person with a gun), and visiting Robert Louis Stevenson’s grave in Samoa.  What I did for the rest of the year I can’t quite remember

Surprisingly, I was approached by a government agency to work in intelligence, which just shows how shoddy government recruitment was back then.  However, it turned out to be very boring and I don’t like vodka martini.

Craving excitement and adventure, I ended up as a PR consultant, which is the fate of all journalists who haven’t won a Pulitzer Prize, and I’ve still to listen to Oh, Mein Papa.

I am married with two grown-up children and live in central Scotland. And that’s about it.

Giveaway Details:
I have 2 signed copies of The Space Between Time to giveaway, 3 fun coffee mugs
featuring all 3 of Charlie Laidlaw’s books, and 3 digital copies of the book in the winner’s
format of choice! Amazing right? Click the link below to enter!
*Open Internationally – Giveaway closes June 30th

Thanks so much, my friends, for visiting my blog! This book is definitely on my TBR List. I hope you enjoyed my post and remember, you freakin’ rock, guys!

← Quotes That Gave Me Another Push
The Birth of Gemini by C.S. Johnson Tour & Giveaway →